Looking at the Universe in the Samurai Era

Tenchi Meisatsu, the story of Shibukawa Harumi, the samurai who created the Japanese calendar.

The man who created the Japanese calendar, Shibukawa Harumi. The movie Tenchi Meisatsu was made based on his life.

During the early Edo period, Shibukawa Harumi (Yasui Santetsu) who created the Japanese calendar, saw through the errors of the calendar that was being used for 800 years. He pictures the youth entertainment and the challenge to reform the calendar, even while failing over and over again.
Yasui Santetsu (who will be known as Shibukawa Harumi after) was a go player who served the Tokugawas. Outside of go, Santetsu also had knowledge in various domains like arithmetics, Shinto, etc. But what he loved most was to gaze at the stars.
Halfway during his trip to the North Pole, Santetsu, who was measuring the altitude of Japan’s North Star, noticed errors in the calendar he had used until now.
Back from his trip, he took on his shoulders the task of correcting the errors and reforming the calendar. At that time, the power to govern over the calendar meant defiance towards the imperial court. Furthermore, for the creation of a calendar, making calculations without knowing exactly the movement of the stars was considered nothing but a defiance towards the earth and the sky. Meeting his wife, Mitsukuni Mito, who understood him, receiving support from friends who shared the same interest in arithmetics and astronomy, as well as poor treatment from the authorities, the challenge Santetsu bet his life on started.

The arts samurais thought about for the universe are the hereditary cultural property of Hosokawa and preserved by Tokyo and displayed at Eiseibunko.

The moon and the sun drawn on these commander’s fans. (early Edo period)

Go, astronomy, Shinto and other unrelated knowledge made it into one single word which is the “universe”. Shibukawa Harumi’s yearned for the universe and had a real passion for making this ‘calendar’. His background until he created a calendar can be seen at the exhibition.

[Famous Samurai]: Miyamoto Musashi
» The First Unifier of Japan of the Sengoku Period 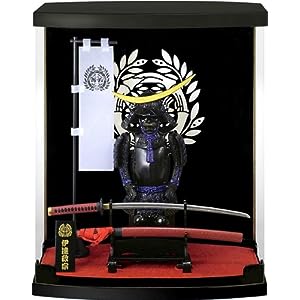 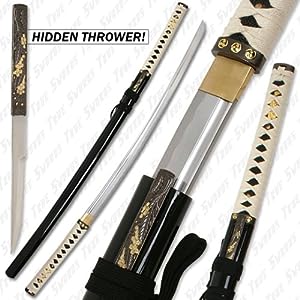